How Sydney’s Double Bay Got its Mojo Back

How Sydney’s Double Bay Got its Mojo Back 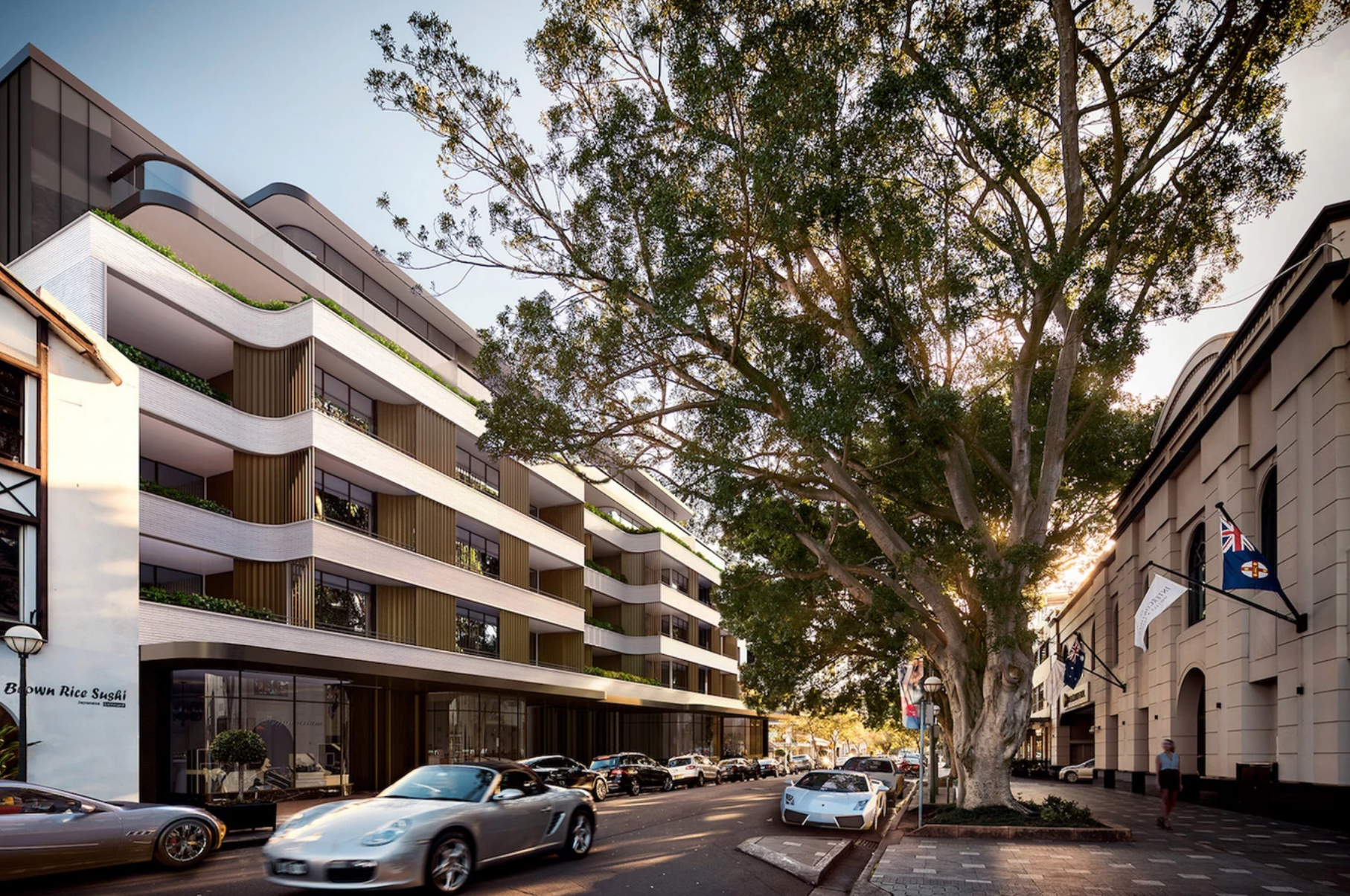 From cool to daggy and back to catwalk cool again. That pretty much sums up the recent history of Double Bay.

Turn back the clock to the 1960s. Australia was not exactly the most sophisticated place to be. What passed as cuisine was a plate of over-cooked sirloin and two veg. And coffee always came out of a jar

Enter the homesick Hungarian and Polish immigrants, eager to create a slice of the old country in Sydney. They gave Double Bay its cafe culture, introducing alfresco dining, schnitzel, veal knuckle and the type of espresso that would keep you up for three nights. 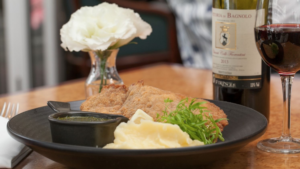 One of the famous wiener schnitzels at Twenty One. Photo: Lee Lucas

Throughout the following two decades, Double Bay was the place to head if you wanted to experience a little slice of Continental Europe. It also became the place to be if you were wealthy and weren’t afraid to flaunt it. Double Bay was Ferrari, Beluga, Bollinger, Rolex, shoulder pads, and ladies who lunched.

One of the places where the movers and shakers hung out and did deals was Twenty One in Knox Street. 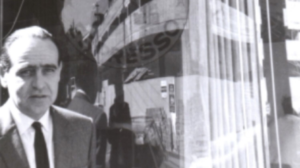 Michael Schiffer’s grandfather, who started Twenty One in 1958, outside the cafe in the early 1960s. Photo: 21 Espresso

“My grandfather, a Hungarian Jewish immigrant, started Twenty One in 1958,” says Michael Schiffer, who now runs the cafe with his father George.

“Back then Double Bay had very few shops; just a couple of milkbars, and two pubs … the Golden Sheaf and the Royal Oak. Grandfather put chairs and tables out on the footpath; nobody else was doing it at the time, he didn’t even ask the council’s permission. He also imported one of the first espresso machines in Sydney.”

This September, Twenty One will celebrate its 60th anniversary; an impressive achievement in a fickle industry. Nowadays, regulars include former PMs Paul Keating and Bob Hawke, Barry Humphries, Russell Crowe and Paul Hogan when he’s in town. 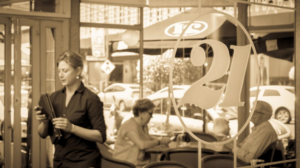 This September, Twenty One will celebrate its 60th anniversary. Photo: Lee Lucas

Schiffer says he has lived in the area all his life and witnessed the ups and downs, starting with the advent of Westfield Bondi Junction in 2003 that “sucked the life out of the area”.

Suddenly, the area that had become known as Double Pay, became more known for its empty shops.

Justine Cohen has lived in the Double Bay area for the last 20 years, and says she has seen the riches-to-rags-and-back-to-riches tale first hand. Cohen once worked at the Carla Florist in Cross Street, known for its uber-exclusive client base. “We have a lot of loyal customers, so we were lucky not to be too affected by the downturn in trade, but all around us shops were closing and the streets were empty; the glamour was gone.”

Cohen says hardest hit were the little boutiques and cafes for which Double Bay first became renowned. “I knew things were bad when Dee Bee’s (cafe) closed about six years ago. That place was a local institution.”

Another blow to the bay was the closure of the former Ritz Carlton Hotel at 33 Cross Street in 2009. Before that it was a glittering palace for celebrities to park their Louis Vuitton: Princess Diana, Madonna, and INXS’ Michael Hutchence who infamously died there in 1997.

In fact, it was the hotel’s rebirth as the InterContinental in 2014 – the only five-star luxury hotel outside the CBD – that launched Double Bay’s renaissance. 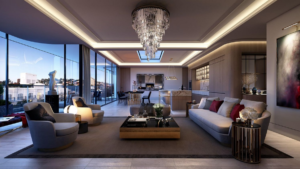 Since the opening of the InterContinental, big things have been happening in Double Bay, and the suburb has got its mojo back. Directly opposite the hotel, on the site of the old Hunter Lodge, the construction of the $100 million 1788 Residences has broken ground.

Comprising 31 apartments over five levels above ground-floor retail, with architecture and interiors by Bates Smart, the developer says 50 per cent have already sold off the plan. One of those sales included a record price for the area; $13.75 million for a sub-penthouse.

And around the corner is the gorgeous Transvaal Avenue, Sydney’s miniature Rodeo Drive, with its charming homewares stores such as The Vintage Luggage Company, Maison et Jardin, and Lu Mu Interiors.

The other factor driving Double Bay’s return is the Kiaora Lands Development, winner of the 2016 Urban Taskforce Retail Development of the Year. On the south side of new South Head Road, and comprising a Woolworths, public library, cafes and restaurants, the development is attracting a younger crowd to the bay.

One of those people is 31-year-old Louise King, who says she loves the buzz the development has bought to the area. “The atmosphere down here at night is fabulous,” she says. “Who would have thought Double Bay would ever have a nightlife again?”

“It’s crazy down there on Friday and Saturday nights,” she says. “Sometimes it gets so busy they have to close off the street. Postcode 2028 has become the place to be.” 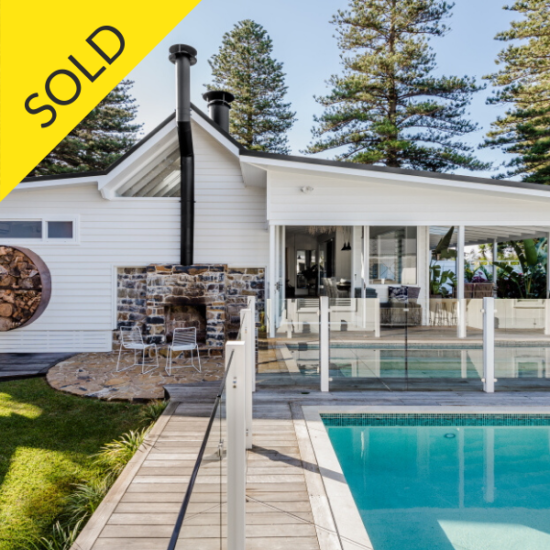 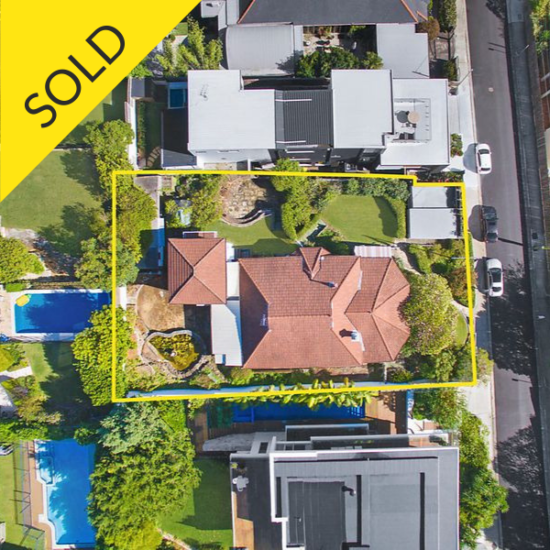