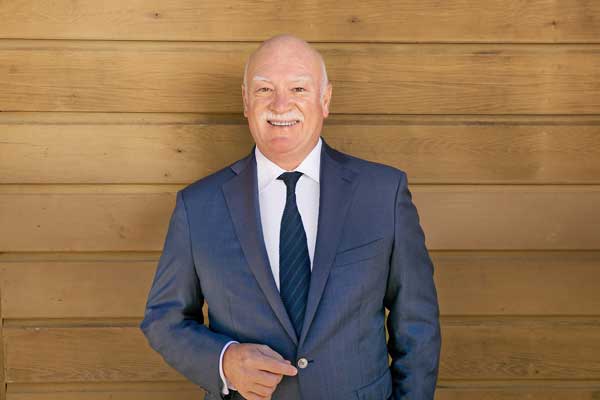 I went to university but it wasn’t for me, so I asked my father, who was a successful real estate agent in the southern suburbs, if I could work for him. Dad said no but he organised a meeting for me with Sir Keith Campbell, who ran LJ Hooker at the time. I spent $150 on a suit and ran into the city to the LJ Hooker house. While I was in the lift I met Tony Ashford, who ran Stewart Upton, a no sale, no charge real estate business. Sir Keith granted me five minutes but no further opportunity, so I went straight to Tony Ashford’s office and waited for over three hours to speak to him again. He organised an interview for me at AH Taylor Real Estate. I asked to speak to the property manager and got put through to a bloke called Michael Finger! In November 1978 I started at AH Taylor Real Estate and ended up staying there in various offices and roles until Michael and I joined Trevor Leach in Ray White Double Bay in April 1988. The business had been running since November 1987.

I believe the secret to success is all about energy and having passion. You have to enjoy what you are doing, and I still do. I love talking to people, after all we are in the people business. I have always had Mike and we support each other. I’ve always treated my clients and the people that work alongside us similarly, equally, and with respect. My wife Wendi is also a great support. I’d be lost without her, she’s a champion and keeps me on track.

The world has been a pretty good place in the last five or six years with the market nearly doubling, but it’s starting to change now. Now is the time where, as business owners, we need to spend a lot more time, effort, energy with our people in getting them to change their language, change the way they do business, change the way they build relationships, and change the way they communicate with their vendors around educating them about what’s really going on out there because if they don’t, then they won’t sell anywhere near as much real estate as they’ve sold in the past.

Ray White has really stepped up to the plate and it’s helped us run an effective business by having systems in place. When we first started 30 years ago there were seven or eight of us in New South Wales, now there’s 280 or 300. There are some fantastic businesses that we’ve learnt a lot from over time. The more bricks that we put in the wall, the stronger the wall gets, the better everyone’s business is.

In my life that I’ve been in this industry, I’ve never found it difficult because I enjoy being with people. I’ll get up from this silly desk that I sit at and I’ll walk around Double Bay and run into somebody I haven’t seen for a while, you know? And I’ll pick up energy from that. Energy is the biggest thing in our industry – energy and passion.

The best advice I can give someone just starting out is you’ve got to play the long game. You need to continue to build relationships and not get frustrated when you’re not getting any traction in the very early days. I think young salespeople expect to be an overnight success. I’ve seen too many people in this industry have one year’s success ten times over or they don’t play the long game and don’t build relationships.

And in this business things take time. For example, my relationship with C K Ow of the Stamford Hotel Group. I sold him a waterfront 21 years ago for $7.01m, and then I exchanged on it just before Christmas last year for $65.25m. That was a 21 year relationship of continuing to communicate and stay in contact. We’ve done business on a number of other things over that period but if I hadn’t kept in contact with him, he wouldn’t have given me his waterfront to sell.

You’ve got to celebrate the successes, because the hardest part in our business is weathering the highs and the lows over the years. It’s got some amazing highs and it’s got some drubbing lows. But the difference in people that have been around for a long time, that have weathered the storm so to speak is that they realise while it’s not that good at the moment, if they continue to communicate, build relationships, talk to people, get off their ass and do something, then they’ll do well.

Working in this neck of the woods is so diverse. You can be selling studio apartment for $600,000 dollars to a waterfront for $64m – the diverse range of property right across the spectrum just makes it really interesting. I’m always meeting really interesting people, not just the middle to high net worths. It’s quite interesting hearing their stories about what’s happened in their lives. Some of them are negative, some of them are positive. It’s fascinating meeting the people you read about in the financial papers and they’re just people like you and I, they’re no different.

I’ve got a house down on the south coast at Gerringong – I’m across the road from the beach, looking straight down the beach, then out toward the mountains. I’ve had that for about 10 years. When I finish my opens on a Saturday afternoon, I run down there, breathe the fresh air, go to the local pub, have a few beers with the boys and be a real person for a change. Then come back Sunday night and here I am again. I also disappear in the middle of the year for a month to go overseas to either Europe or America. You need to take those breaks to recharge and re-energise to get ready for the next challenge. 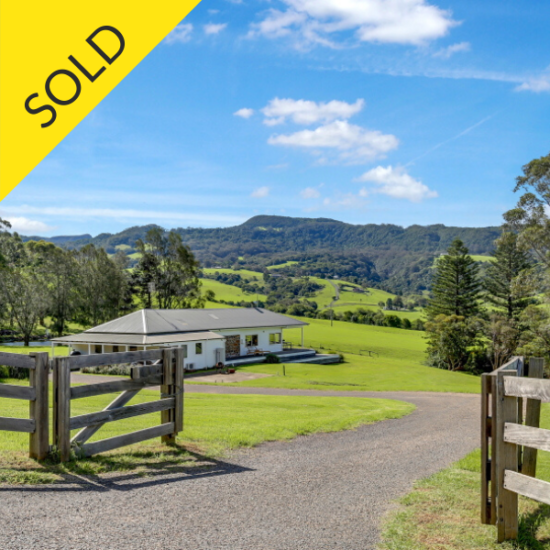