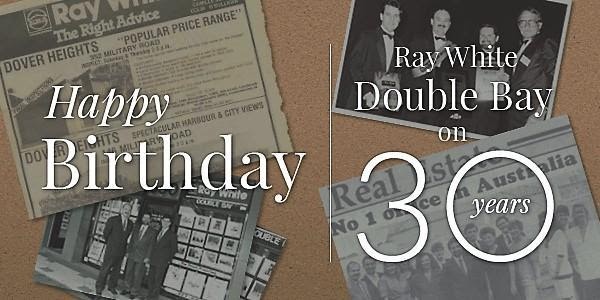 THE one and only Craig Pontey of the powerhouse Ray White Double Bay office is one of the most passionate players in the real estate industry.

As Ray White Double Bay gears up to celebrate their 30 year milestone, Mr Pontey shared some of his insights gathered over 39 years in the real estate game. 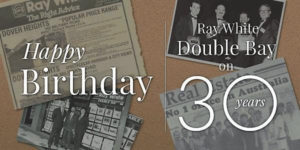 “You run, run, run and get to the finish and fall over the line but it feels like a taxi picks you up and drives you back to the start line and you’ve got to do it all over again. It’s exactly like that,” he said with a chuckle.

“I believe the secret to success is all about energy and having passion. You have to enjoy what you are doing, and I still do. I love talking to people, after all we are in the people business.

“I have always had (fellow director) Mike Finger and we support each other. My wife Wendi is also a great support. I’d be lost without her, she’s a champion and keeps me on track.

“Our relationship with the White family is also very strong, particularly with Brian, it’s closer than it’s ever been.

“The way I look at it is we need to have a high profile agency and we are definitely in the biggest market in Australia right here and that helps the whole Ray White business.

“It’s not just about us, it’s about everyone putting another brick in the wall wherever they are in the Ray White group as it reflects on all of us.

“I’d like to think Double Bay is the centre of the universe and whatever we do helps everyone and what everyone else does helps me too. It’s all about teamwork in Ray White.”

“I think I must have been kissed on the butt by a fairy. Things just happened to me out of left field. I even had a heart attack at age 51 and didn’t even know I’d had it,” he said.

“Apparently my profile now shows I am on a mission to hurry up and get things done faster since my heart attack in November 2011. But I don’t feel like that at all.”

As a youngster Craig Pontey actually thought he wanted to be a lawyer. He went to university but it wasn’t for him, so he asked his father David Pontey who was a successful real estate agent in the southern suburbs if he could work for him.

“Dad said no but he organised a meeting for me with Sir Keith Campbell, who ran LJ Hooker at the time. So I spent $150 on a suit and I ran into the city to LJ Hooker house and while I was in the lift he met Tony Ashford, who ran Stewart Upton, a no sale, no charge real estate business,” he said.

After Sir Keith granted him a short interview but no further opportunity, he ran around to Mr Upton’s office and waited for over three hours to speak to him again about his future.

Mr Pontey gave him his 17 year old life story and Mr Ashford organised an interview for him at AH Taylor Real Estate.

“He asked to speak to the property manager and he got put through to a bloke called Michael Finger. I remember the call and he said, ‘I think you need to interview him, he’s got good energy’.”

So on 28 November 1978, he started at AH Taylor Real Estate and ended up staying there in various offices and roles until he and Michael Finger joined Trevor Leach in moving to Ray White Double Bay on 11 April 1988. The business had been running since November 1987.

Loyalty is a very important trait to Mr Pontey – he’s had the same banker and insurance broker for over 30 years.

“It’s not always about the money. Real estate is a people business at the end of the day.”

The business that he and Mike Finger run was now considerable more profitable, efficient and nimble than when they owned other Ray White offices at Circular Quay, Alexandria, Surry Hills, Paddington and Green Square too.

“These days we have 70 employees and we are much more nimble but our business now is much bigger, more enjoyable and more profitable. It’s quicker and faster now. I love it.”

The cocktail party will be hosted by a celebrity MC – Larry Emdur and showcase a short documentary on the last 30 years.

There will be a Veuve Clicquot Champagne Bar, Johnny Walker Whiskey Lounge and Penfolds 389 Magnum Pop Up Cellar. Entertainment will be provided by Fasika from last season’s The Voice.

No doubt it will be a night to remember for everyone who has contributed to the success of the Ray White Double Bay journey. 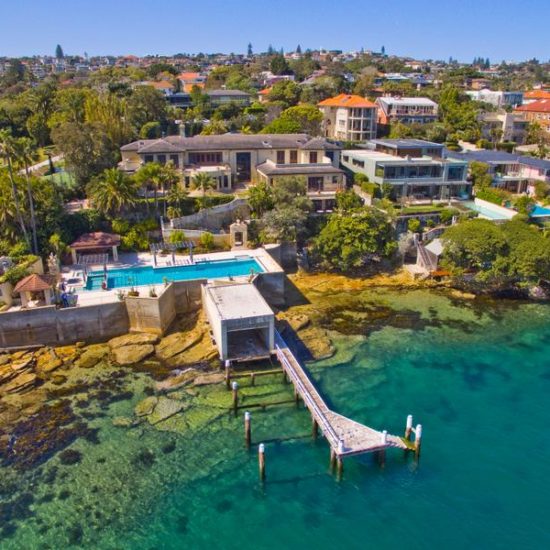 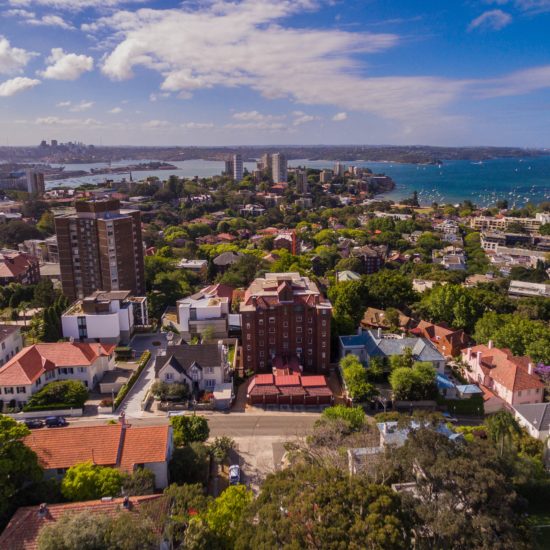