High-profile Double Bay agents Craig Pontey and Michael Finger, who founded the Ray White branch there more than three decades ago, have switched allegiance to ASX-listed McGrath, as the battle to win prestige listings in Sydney’s east heats up.

The surprise defection signals a concerted effort by McGrath to capture a larger chunk of trophy commissions and claim a bigger presence in Sydney’s highly competitive blue-ribbon market, where luxury listings are in short supply.

As pioneers of the eastern suburbs prestige market, Pontey and Finger started Ray White Double Bay with the blessing of the White family dynasty in 1988. The pair eventually sold their share of the agency to current principal Elliot Placks in 2018, staying on as sales agents.

Mr Placks didn’t pull any punches when contacted for comment about the pair’s departure to rival McGrath.

“Michael and Craig were Ray White for 35 years, so I’m surprised they’ve gone to a brand that’s losing market share and has had low exposure in this blue ribbon area.”

While many of their competitors assumed the former dream team were set to hang up their Open Home signs for good, there appear to be a few more seasons of luxe listings in the Pontey-Finger alliance yet.

The newly anointed McGrath duo have been behind some of Sydney’s biggest trophy market deals.

Mr Pontey’s include the $65 million sale of Singaporean businessman CK Ow’s Vaucluse estate, Phoenix Acres, in 2017, and the $29.5 million sale of nearby Loch Maree to venture capitalist Clark Perkins and his wife Marguerite.

Mr Finger sold Bellevue Hill’s Leura estate for about $31 million in 2015 to Chinese-Australian businessman Wilson Lee, and is behind its current $70 million listing.

The news of Double Bay’s musical chairs was confirmed by a tight-lipped McGrath PR, who would not be drawn on precisely what their new roles would be, while founder and CEO John McGrath declined to comment.

Industry insiders anticipate that, given their experience, the Pontey-Finger team will take the reins of the McGrath Double Bay office.

The Pontey-Finger recruitment coup appears to be part of a broader McGrath push for the top-tier market, after launching a new Paddington office manned by Luke Hogan, Fraser Turvey and Woollahra stalwart Georgia Cleary who joined in July. Mr Hogan welcomed the pair’s 60-plus years of real estate knowledge.

“Their experience is invaluable. They’ve seen and done it all, and we look forward to having them on the team,” Mr Hogan said.

In a cooling market where the flow of trophy listings is thinning, McGrath’s harbourside advance is bound to ruffle feathers in the cut-throat 2028 postcode, whose listings catchment includes Point Piper, Vaucluse, Bellevue Hill and Darling Point.

Sotheby’s Michael Pallier said the news was “certainly surprising” and noted the pair would deliver McGrath an ongoing supply of prestige properties.

“They have built big databases over a long period and would have many repeat clients.”

New listings and juicy sales commissions are certainly what McGrath needs. The ASX-listed agency last week warned its 2023 first-half earnings would be materially lower than for the corresponding period last year. It forecast an underlying pre-tax earnings drop of at least 50 per cent, in last week’s trading update.

Driving the earnings downgrade were what the company called “challenging market conditions” with fewer listings than average and lower selling prices.

When asked about McGrath’s hiring of the star agents, local rivals were adamant it was a case of “the more, the merrier”. TRG’s Gavin Rubinstein “wished them well” while Highland’s Will Manning said it was “a great addition to the McGrath team”. 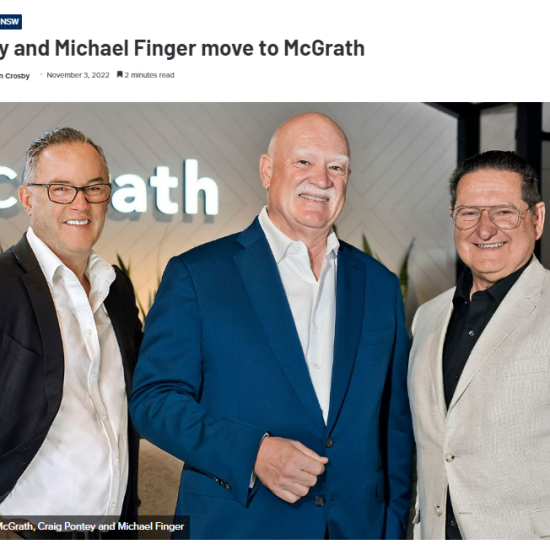 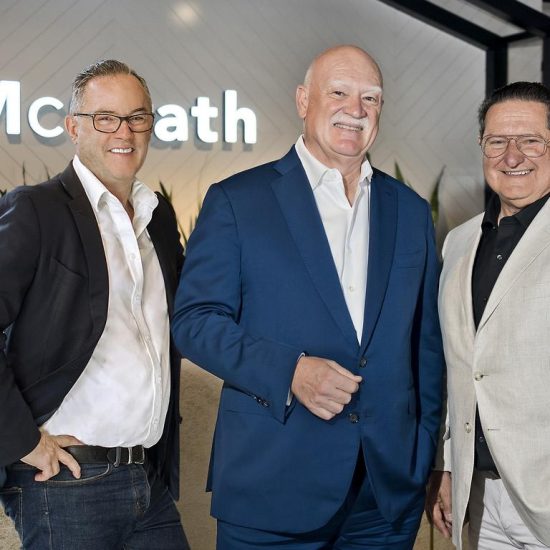